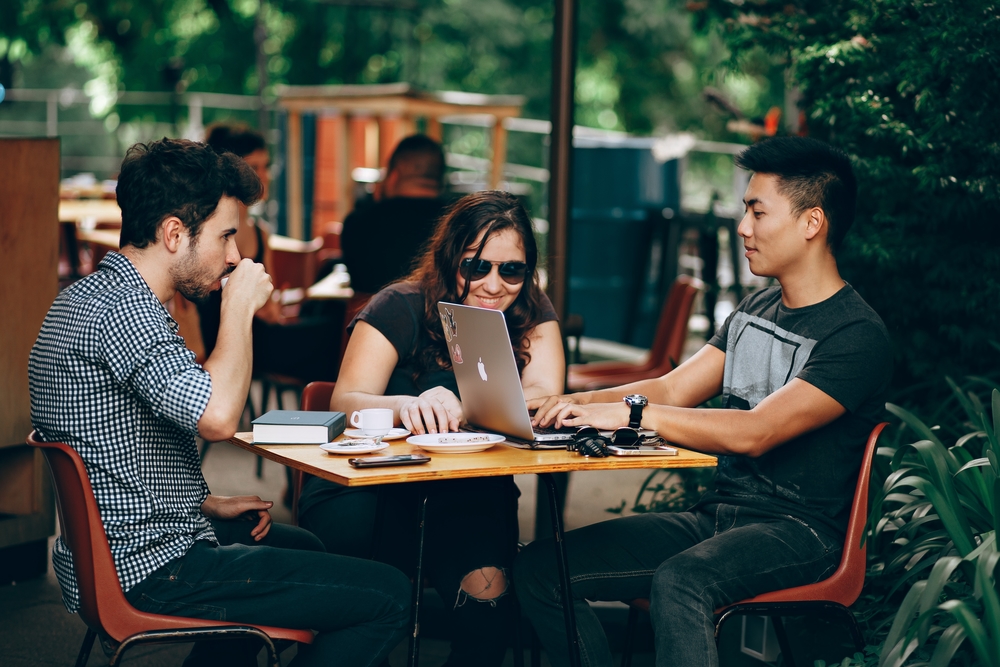 9-5 work will be the death of a prosperous millennial future, let's change it now

I have never felt comfortable with the idea of a 9-5 office job, the thought of sitting at the same desk for years makes me feel ill and a hierarchal work structure feels like an economic straight jacket. However, I'm of an age that I still remember a time, were job titles like social media manager and influencer were not apart of the everyday vernacular.

Even when I briefly studied public relations, there was only one unit on social media and it was heavily focused on Facebook, Instagram was only launched a few years earlier.

The idea of challenging the standard 9-5 work structure was still in an infant stage and only radicalized by the few brave enough to challenge the status-quo. In the early twenty-tens the term freelancer was not widely adopted and the idea of holding a job labeled Content Creator was disregarded as nonsense.

What I did not realize, when I was lost in decisions about my future career, was the massive changes occurring to the dynamics of the modern workforce. Changes that my education was not preparing me for, and creating options I wish I knew about when I was 19. No one understood the impact that the gig and social media economy would have on future work structures.

When I entered my 'professional career', I was fresh out of fashion school and took a job in digital media out of sheer desperation, after my year-long search for a fashion design role had failed.

Up until this point, I had the privilege of working in collaborative environments and was applauded when I utilized free-thinking to solve problems. This was not the case in the office life I had landed in and I very quickly learned the harsh realities of traditional work life. These restrictions included never utilizing Freedom of ideas, working to a ridged structure was the only way to achieve results, and people were often led by inadequate managers, who were good at their primary tasks but straight-up awful at managing people.

I felt like I was the crazy person and the only individual who had come across these frustrations. Everyone else in the office just quietly went along with the act and never spoke out or voiced their concerns.

I despised the manager that utilised humiliation in a hope of boosting productivity, the restrictive work structure made me feel like a caged animal, and my efforts to create change and voice my concerns, fell on deaf ears.

I know I sound like the broken record of millennials EVERYWHERE, but these emotions and my frustration were very real.

It's not until now, that I'm removed from the corporate structure, that I can completely understand why I was painfully annoyed with 9-5 lifestyle.

It is simple really, mine and the collective values of my generation don't aline with the backward ideas of the traditional work environment.

When I say Baby Boomers and Gen X, what are the values of this generation, that comes to mind?

If you had answered; integrity, justice, practicality, and duty. You would be correct. Now, if you're a millennial think about what you value and if your not, think about the values of millennial's you know.

Fuck no, Generationally Baby Boomer/Gen X and millennials might as well be speaking a different language when it comes to values and what we want from our work lives . It's like comparing apples and oranges.

However, who is predominantly in positions of power at the end of the day? Baby Boomers and Gen X's.

As a generation and speaking from personal experience, millennials value happiness, discovery, passion, and diversity. So telling us to chain our freedom to a broken system in return for false loyalty and a just above minimum wage will not fly.

We are far too aware and educated to make the same mistakes as our parents, and YOLO is all too real for us to waste our lives in a corporate setting.

As a generation, we are far more likely to source alternative career paths and it's working, as unemployment rates in people under 30 have been dropping.

We are more socially and environmentally conscious than the previous generations. We have to be, we have no choice, as our predecessors were selfish in their actions, leaving the world in a shit storm for millennials to fix. Therefore we want our work to contribute to change and positively influence the people around us. So the corporate world needs to take note and adjust their attitude if they want to keep young talent around and their businesses functioning into the future.

Considering millennials are the biggest generation to come into full maturity in the history of the modern world, I think traditional systems should take note and with a buying power of 1.68 trillion US dollars a year we are about to have a-lot more say when it comes to economic power.

Now to questioning diversity, can we honestly say the modern corporate workforce is a diverse one? I come from the fashion industry so you would think the answer is yes, however, personal experience has shown me this is not the case.

When I was working in New York for a major fashion label, I had the pleasure of overhearing a group of team leaders describe an African American interviewee as messy, dirty and undesirable in their eyes, and therefore was not qualified for the role. I had seen her resume, she was perfectly qualified and I welcomed her to the office when she interviewed, she looked perfectly professional. Now, this might have been an isolated experience at one company, however, I have worked at 7 fashion labels and while they may be moving forward in leaps-and-bounds in their queer quoter, the representation of different cultural backgrounds is severely lacking. Every fashion house I have worked for is predominantly ran by white hetero women.

It's not just my experience, according to the Business Case for Diversity, while diversity and gender discrimination policies are on the rise, improving from as low as 5-10% of fortune 500 companies holding a gender identity and sexual orientation in their non-discrimination policy in the early 2000s, to around 90% in 2015. The actions taken on these policies vary from one establishment to the next.

However, corporate clients, at best, use diversity as one of many criteria in selecting outside counsel and rarely implement strategies to reward in-house counsel for choosing diverse outside counsel or bestow more business upon those firms that are succeeding in their diversity endeavors.

To clarify their statement, corporations will play nice with identity, diversity and sexual orientation policy to the outside world but rarely live by their claims of inclusion within their company culture.

This lack of evolution into modern work cultures is another strike against the traditional corporate structure. I don't know about you but I don't feel comfortable making money for a bunch of discriminative old white men while sacrificing my time.

So what does this mean for us millennials vs the traditional structure? Well for Millennials as a group it's great news. While we did not invent freelance work or even pioneer it, we have created a whole economy around alternative work structures and developed a whole new direction when it comes to building professional careers and there are no signs of it slowing down.

An annual report commissioned by the giant freelance platform Upwork and the Freelancers Union showed that 56.7 million Americans performed freelance work in 2018, up by 3.7 million since 2014. It's mainly driven by us, Millennials :) and we do it by choice, with 61% surveyed in 2018 said they work as freelancers on their own accord, up from 53% in 2014.

Once we make the leap to independent work we rarely turn back with 51% said that no amount of money would lure them to traditional jobs.

So where does this leave the dusty old, Baby Boomer's, ass-backward, traditional work structure? Well, it leaves them scratching their heads and wondering where they went wrong. With a shrinking workforce while to dedicate a full time work load and a limited talent pool to pull from, traditional structures will be running out of options in a challenging work dynamic of the future. Drastic changes need to be made if traditional structures want to retain talent and save some dollars on recruitment costs. However, for a lot of us, we won't step back into the rat race and some of us won't even have to bother entering the race altogether. These changes are needed to challenge rigid work structures and create competition within the professional economy. By shaking up the 9-5 structure we have created space for diversity and crack the door open for people who may have been limited in the past and that can only be a benefit to us all.

If your starting your journey into freelance work check out my post on the first 6 months at going at it along, HERE.