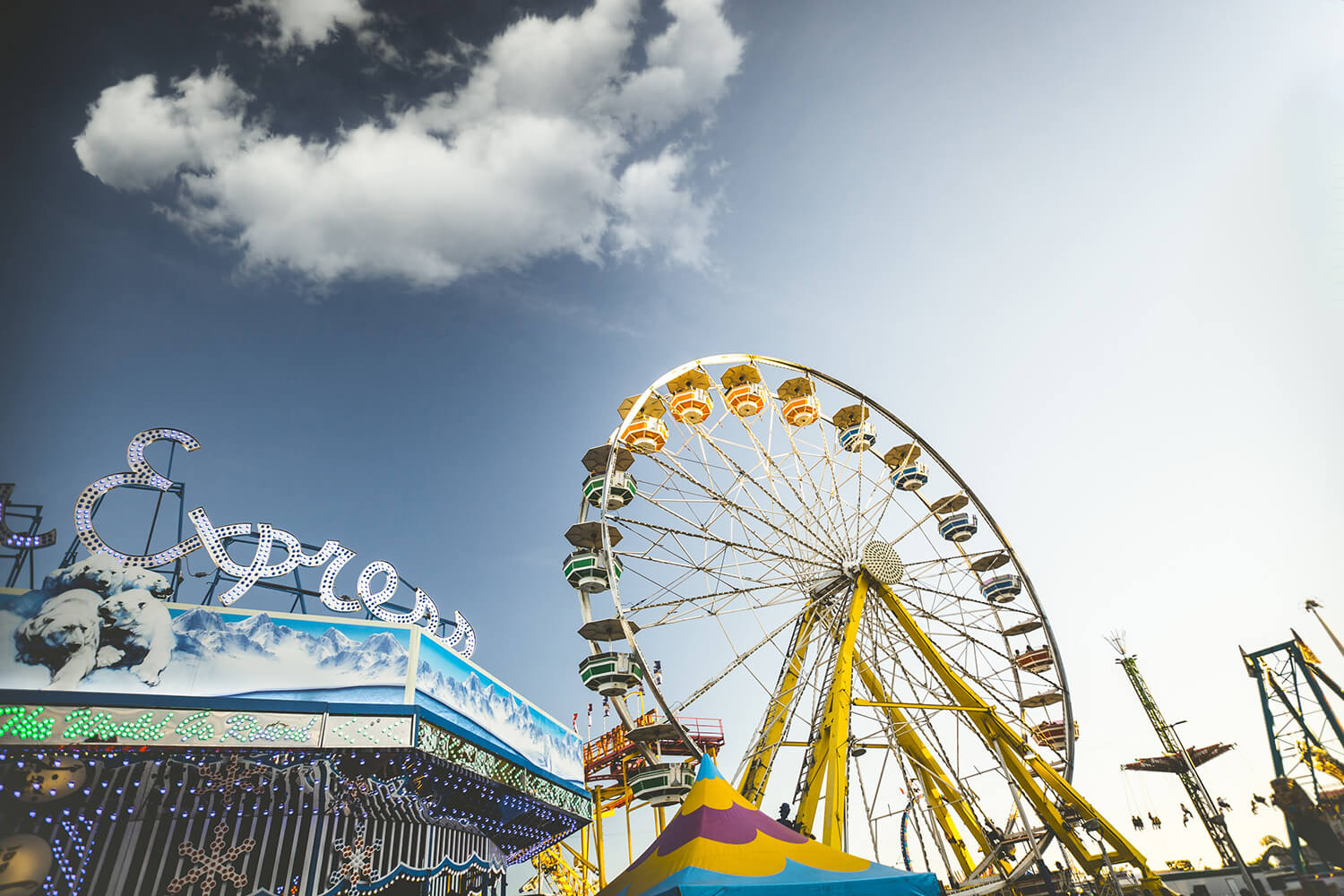 Achieving from a place of joy rather than fear

From my years as a competitive equestrian athlete, striving for achievement through hard work was drilled into me. At a young age, I was taught that effort and persistence equaled opportunity and success.

Qualities that are great to be taught in your youth and valuable skills to bring into your early adult life, and for all extensive purposes, I did just that. If I wanted to achieve a goal, I chased it down with conviction.

In my adolescence I was often told I was hot-headed, forceful and even angry when it came to my sense of achievement. I did the hard yards, ticked all the boxes and often pushed myself and the people around me to complete exhaustion. I was a doer, I got shit done, and did’t let any nothing stand in my way.

I approached my early adult life in the same style. If I wanted something done, it was a matter of bulldozing all the obstacles in my path and forcing my way into success.

This tactic worked for a while, I never really questioned the ethics of my performance and often saw my health and relationships as an obstacle to productivity. Until I found myself in a tense situation when I realized that achievement did not equal happiness, in reality, my forced perception of greatness was more detrimental than helpful.

I found myself asking the question, WHY do I still feel awful when I reach my goals?

I had arrived at destination number 1 and I felt the same as when I started. Since then i have kept asking that same question for the last 5 years, and never really discovering the answer.

Until I had to sit down and really unpack my thinking around achievement.

You see the BIG issue around my approach was not the process itself, although I now seriously question my sense of urgency and aggressiveness I deployed to achieve my goals. The big part I was missing was that I never questioned why I wanted to strive for achievement so badly.

Striving for greatness is an admired attribute in today's society. But the question 'why' we reach for great heights can often be rooted in pain and striving to extremes can come at a great cost.

I definitely don't stand by the opinion that we should be complacent in our lives. Achieving goals and aiming for change is a part of a balanced and healthy life, but the reason why we aim for achievement should be constantly examined.

If you perform from a place of enjoyment and a desire to better yourself, then solider on, this article is mostly likely not for you. But if you have even the smallest inkling that your perception of achievement comes from a negative place, then stay with me.

Let me first outline how performing from a place of fear manifested in my life.

For me, I strived for greatness out of a fear of the mundane and to prove myself to my peers. The underlying thought process was, I'm not good enough.

Even at a young age, I know I never wanted to be associated with the quiet Australian suburban life that surrounded me. In fact, the thought of me growing up to work in an office and trail the same path to and from work on a daily basis, absolutely petrified me. I attached achievement, in any form, as a ticket out of a mundane future.

This idea was reinforced by the culture around me, let's be honest, horse riding is not a cost-effective sport and as a result, I associated with some very successful and powerful people in my youth. They were those who achieved great heights from the pursuit of hard work.

Beyond my desire to live an interesting life, I felt a great urge to prove myself to the people around me, who often had far more resources at their disposal then I did. So I utilized hard work as my secret weapon to compete at their level.

Fear of failure, to be seen as lesser-than, and of normality was the fuel to my fire. I attached so much of myself worth too achieving that, I completely lost any joy in the process and saw failure as a reflection of my own inadequacy to better my life. Again, saying I'm not enough. So I soldiered on with the belief that failure was never an option and achievement is who I am. The perfect storm was created for a very disappointing realization to come.

I know in hindsight how ridiculous my rationale sounds, but at the time my complex was very much a reality and a prime example of how fear can hijack one's life.

While beating the same dead horse (pun intended) for years, the logic behind my actions started to unravel when factors outside of my control lead to a big failure in my life. I felt so betrayed by my dedication to hard work, and rather than acknowledge my emerging questions around my work ethic, I doubled down and decided that I had to control every aspect of my life in order to reach my goals. You can see the writing on the wall, right?

Angry was the source, pain was the game and achieving what I decided as worth my time was the only rational outcome.

I battled my way to the hieghts of my achievement expectations out of sheer frustration. I reveled in the knowledge that, I kicked butt to get to the top and bulldoze anyone who got in my way, including myself.

So there I was on top of my game, I was at destination number 1 and yet I felt so alone and empty. I felt the same as when I started out, again I felt betrayed.

Why? Why did I feel so lost, why did I feel as if my whole world was crumbling when I was standing on top of my own achievement mountain. Well, because I was in pain, I was hurting. Fear drove me here and now pain resides in its conclusion. Not only that, I had completely exhausted myself and all my friendships in the process. Remember those factures were obstacles in my eyes and fear drove me to bulldoze them over.

The realization of my actions came when a guidance counselor sat me down and asked me, point blank, "explain to me who you are as a person?". Of course in my state, I went on a ramble about how I was an achiever, a doer, I am the representation of striving for success. I even believed my own bullshit at this point, fear had firmly clamped its claws into me.

I stared back at her expecting a response to support my rationale. Instead, she smiled and politely stated, "let me tell you about who I am". She crafted the most candid list of purposeful attributes that made up her personality. She told me she was a mother, a loving daughter, a caring sister, she loved chocolate on cold winter nights and a glass of white wine on summer afternoons. She even told me about her downfalls. She said, she knows she smokes too much, but it is the only way she makes time for herself and that she once was a task driven person, but realized she was destroying her self worth in the pursuit of greatness.

Ahh, the errors in my methods were so clearly laid out in front of me in one statement. I was shaken to my core as I compared the two statements. At that moment I realized I had completely missed the point of achievement and life in general. Fear had consumed my decision making and success felt empty because it was actioned with no real meaning. I had lost any sense of myself that was not attached to winning at life. I had forgotten about the good, the bad and the ugly.

By using negative emotions as the centerpiece to my pursuit of achievements, I had burnt myself out, isolated myself and given no meaning to my accomplishments. Sure I had kicked the goal but what did it cost me, and was I willing to throw all the same eggs into the same basket, to achieve again?

Old habits die hard and I would go on to deploy the same relentless tactics to achieve future goals. Telling myself I'm a little more aware of the path I'm taking this time. I was not, and I consistently arrived at the same outcome.

It's only recently that I have finally started to get a grip on why I want to achieve or why I want to aim for massive goals. Changing the 'why' to the question does not make the process any easier, but if you choose joy as a driver and need to improve yourself, you are far more aware of your actions.

By not allowing anger or fear to be in the driving seat, you become far more compassionate in the pursuit of success. Why, you may ask, well because you're not scared anymore and you're not performing from a place of scarcity but from a place of abundance.

Rather than beating yourself up for being human and reaching your limits, you acknowledge you need rest. You start to see people around you as support and not as competition and the final outcome of achievement is rewarding rather than petrifying. Failure is apart of the process and one that will arise. But if you perform from a place of compassion you are not crushed by failure, because you have acknowledge you are enough failure in not a reflection of you.

Using fear as a driver works in the short term, and occasionally I know I will need to utilize its all-mighty power, In the long term you’re setting yourself up for disappointment as you never believed in your own success in the first place. So how can you believe it when you put your life on the line to get to the next step.

I will be the first to admit this path is not comfortable, as it is far easier to tap into fear. It’s like selling your soul to the devil (joke statement) the cost far out ways the outcome. It takes courage to achieve with joy as it means we have to admit we are enough, as we are now, and accepting the negative side of oneself is a courageous act. But a necessary one if you want to achieve great things in our lives and still be a whole-human on top of the mountain of success.