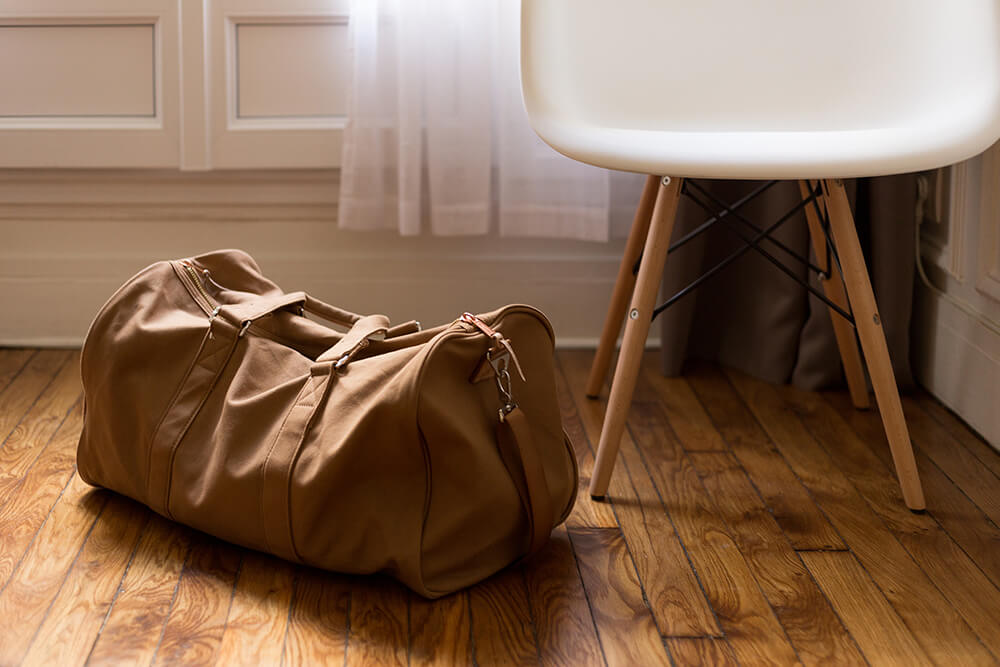 Your baggage and issues will catch up with you, maybe it's time to unpack

I was recently scrolling through the gram and stumbled across a beautiful gay couple’s account. They seemed to have a life you can only dream of. With perfectly posed pics, an epic wardrobe they can share and bodies that are chiseled for ..... well a gay circuit party.

On my little shiny illuminated screen, I peered into a world that seemed to be the perfect existence, one felt with joy and laughter.

I started wondering "wow, what a wonderful life they have in LA and what would it be like to live on the sunny west coast of the USA".

I then plunged myself into a deep mind fuck and a process of comparison. Yep, my brain went to the old comparison hole and plunged me so goddam deep into it I felt like I was drowning.

"What if I lived in sunny LA", my brain pondered. "I wonder if all my problems would be different there. I wonder if I would be a little less fucked up if I had all that sun and that energy of attractive people around me", my brain continued.

"I wonder if my problems would disappear if I was somewhere new. You know, reinvent myself, start afresh and leave all my fucked up baggage behind."

This process of thoughts is normal every once and a while, an illusion we have all wanted to believe. But I quickly snapped right the fuck out of that fantasy and took a 180 of the room.

You see, the thing is, this mind-spiral would be fine if I had been living in one place for a few years and was tired of the same routine.

But I have literally JUST MOVED to a new country only months after returning to Australia from New York. I'm in the middle of one of my fantasy that I have imagined up and I STILL HAVE ALL THE SAME BAGGAGE AND ISSUES.

Honestly, what is wrong with me that I'm running from one avoidance fantasy to the next without even fully living out the current one I have created.

The guys I saw in my Instagram feed may have a perfect life and an amazing relationship, but I can also guarantee it comes with issues as well. Just like I have my own complex issues and no amount of glaring into people’s social media feeds or jumping on one plane to the next will fix.

I have literally spent the last 2 years running from my core issues, moving from one country to the next to learn something I knew at the beginning, your fucked up issues and baggage come with you on the trip. They are like your luggage, you kinda need them to survive, so insistent that they come with you on any trip, you choose to avoid them.

You can't run from your issues, fuck I have tried very hard to do so. Legit, I went from one side of the world to the other in the hope that I would avoid the pain of finally having to unpack my suitcase of childhood damage and misunderstood stories you tell yourself.

So.... here is the thing, I'm sitting on the floor of my Saigon apartment drinking a vodka orange and smoking menthol cigarettes having a realization that my issues are a part of me.

Seriously, guys, your issues are like a fat kid chasing a slice of cake, they don't seem mobile, but if provoked they move mighty quick.

They will chase you up mountains, across rivers and oceans, through the air and into relationships. Think of your issues as the Liam Neeson character in the movie Taken, when he picks up the phone and says that famous line 'I will find you and I will kill you'.

Come to think of it, that is slightly dramatic, but also true. If you don't deal with your issues that keep arising through your life, you are putting your mental and overall health at major risk.

I'm not talking about small issues, I mean the ones that are the giant elephant in the room that you never want to talk about but also seem to drag around on a leash stuffing them into every life situation. Those ones.

For me, it's issues like, I never feel like I can be fully loved by someone because my father abandoned me when I was very young, or the fact that I have a strange relationship with sex because I equate my hypersexual behavior to the fact that I was sexually abused as a child.

They are big issues and not ones you will learn to cope with in one night over half a bottle of vodka.

However, they are definitely worth exploring, no matter where you are in life. Whether you are in a stable position or running like road-runner, as fast as you can to avoid the pain from your feelings.

You have to eventually sit down, pull out the baggage and start to unpack. You have to do it to survive, to get up the next day and to keep going.

So, before you embark on a crazy adventure to 'find yourself' or to just simply run away from the pain, know this. It will catch up with you, and the sooner you work through your issues the less heavy the load.