Mid fashion week season, we need to understand how the mid year calander has changed. In the Face of Covid-19, internaional socail change and econmic stain we need to examine how the industry can change for the future. 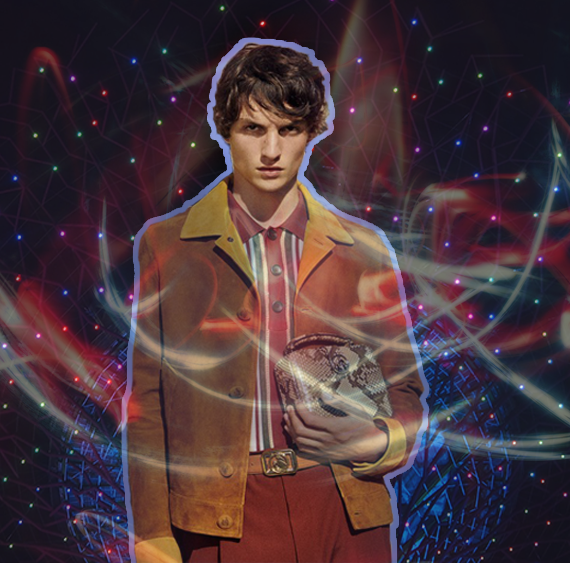 So...Covid-19 happened and I can ramble on for hours about how it has affected the world and the fashion industry. But I feel as if there is enough coverage of the negative fallout of the current 2020 situation. What I want to explore today is: how the fashion industry has adapted to the harsh change in fashion protocol, how the industry will go to fashion week in mid-late 2020, how the traditional format of fashion shows is being re-thought considering touching another person is considered a faux pas and how fashion shows are unlikely to see celebrities and industry insiders file into crammed rows of a runway show.

Though more with the stress of economic strain most countries are experiencing and a lack of natural movement the industry needs to survive. The extravagance of the traditional runway showing has been cut. At least for the next few months. On top of all of this, the death of George Floyd, on May 25 while in police custody, has sparked a much needed change to the internal racial structure of the industry as a whole.

Considering all this, how have designers and their respected fashion federations changed the mid-year fashion week calendar?

Most have moved to digital and virtual presentation models, with strict social distancing laws in place for most leading fashion capitals, the large scale format is out. Many of the big brands have taken up a combined physical-digital runway, running shows in a traditional form, minus the audience and hype.

London was the first location to take the plunge into a completely digital fashion week, and it seems as if it’s a natural progression of the 'see now, buy now' model. Opening a collection showing to the world, rather than curated through the lens of an editor, influencers or celebrities, one could argue that this is simply brands removing the middle man. Considering the traditional secrets of fashion week have been displaced by social media influencers and every front row guest streaming shows from their position.

London Fashion Week took an immersive approach. After announcing they would move to a completely digital format in march, they quickly pulled together a Netflix style platform to showcase shows, content and talent. Although the platform lacked a sense of user experience and at times users were lost in a sea of content, the LFW team managed the bold transition well. This move also allowed for a wider reach for brands as anyone had access to the often exclusive space. This definitely benefited emerging designers as they then had access to the centre stage in the absence of the big ticket brands.

The disruption of delayed manufacturing from the fall out of COVID and the economic strain on brands meant there was a lack of clothing and new designs. A number of brands reworking their fall 2020 collections and contextualising them for the digital medium, or creating collaborative content, that was more conversational than a practical showing. There was a focus on ideas rather than clothing and most designer stories centered around connection or commented on the turbulent times we’re experiencing. Did it actually help from a retail growth position... not really.

Unlike London and Milan’s scheduled digital weeks and with the typical French direct attitude, PFW disregarded a co-ed opening for designers to produce a wide range of online content. PFW took a firmer approach, focusing the digital showcase solely on menswear designers and using only video content.

The PFW approach functioned more as a traditional physical showing, by showcasing designers, collection and collaborations from a product standpoint, with editorial content directed to a single section on the site. PFW men’s also included a virtual showroom powered by Sphere.

The calendar seemed to be close to a normal PFW, with most of the big players offering video content of their resort 21 or Spring 21 collections. JW Anderson, Walter Van Beirendonck, Rick Owens, Louis Vuitton, Issey Miyake, Balmain, Hermes, Lanvin and Them Browne were all present on the calendar, showing there is still some level of movement within the menswear space.

This approach was far easier to follow and enjoy compared to LFW format. A throw to a digital/traditional approach to fashion week that could have some longevity and benefit the retail sector.

There will also be linking content rooms for industry commentary. The institutional room will be lead by Alan Friedman, discussing all things political, business and entrepreneurial. There will also be two dedicated spaces for emerging designers: the International Hub Market, showcasing worldwide scouted designers and Together for Tomorrow, a project launched in collaboration with Camera Moda Fashion Trust. This space will offer multi brand show rooms to bolster the emerging offerings.

The usual big names are showing Prada, Moschino, Philipp Plein, Etro, Dolce & Gabbana, Gucci, and Missoni. While only Etro and Dolce & Gabbana (premiering its men’s and women’s resort 2021 collection) are marked officially for fashion shows in the calendar. Past the calendar and press release, there is not much information on where to consume the content that is planned. We will have to wait and see.

New York Men’s Day was first postponed following the announcement of the cancellation of New York Fashion Week's resort programming. The CFDA has decided to cancel all presentations scheduled under its official calendar, planned for early June.

They are pressing designers to not show indecently?, due to the current state of New York’s COVID 19 status.

The general consensus across all the Fashion Weeks is that digital is not a replacement for physical shows, but honestly, this digital movement is needed. The forced hand will make space for the industry to understand the need to move away from the ridged structure it exists in. 'See now Buy now', was the birthplace of this digital approach, but the impact of Coivd-19 has allowed emerging designers to take hold of tradition and shift it slightly. How brands go to the market and engage reach for their stories and products has changed from here on out.

The industry will hopefully understand there is space for a digital/traditional format, and that it can emerge from an institutional structure that is largely outdated.