On the heels of Louis Vuitton SS21 show, their has been crisitims of Virgil Abloh plagiarism Walter Van Beirendonck work. Along with a number of other cristism. The show it's self is a fun modern take on the cross over of streetwear and high fashion. 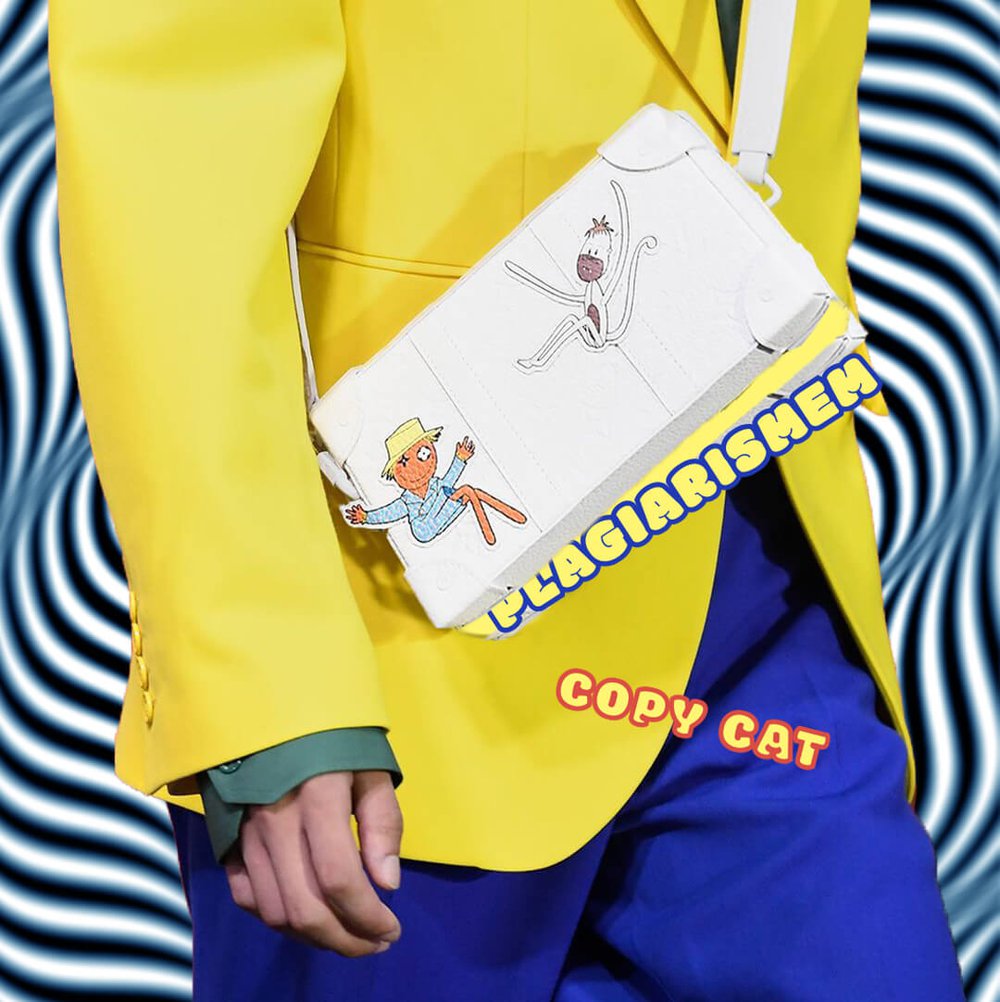 Last week, Virgil Abloh showed Louis Vuitton's SS21 collection on the docks of Shanghai. It was a monument of a show, considering the strained fashion industry is experiencing. And it was one of the first old-normal shows the industry has seen since March. While the collection was not a completely new presentation. With 25 looks 're-imagined and remembered' from previous collections, and another 25 looks made from recycled material.

There were some positive aspects, largely contributed to the re-use of past materials. It is nice to see a small slither of the sustainable modelling from a large heritage fashion house.

One aspect with little media comment. Is why would Abloh and Louis Vuitton align with China in a time where the world is in crisis. Largely because of the CPC corruption and lack of management of the Corona virus outbreaks. You can't remove the political and social implications of the Chinese Government from the profitability it brings to the brand, while Abloh’s comments in a vogue interview may seem as if the creative director was performing from a place of unity. He can’t just ignore several large elephants in the room and exist “imagining a different world”, one of the naivety because the project had a number of contributions from the black artist.

There is the issue of human rights criticism that reach into the fashion industry. both from one ongoing question around the ethics on mass production and now the news of Merdan Ghappar, a model of Uyghur descent, who is being held in a prison camp in China.

WhileLouis Vuitton’s largest market is in China, you would hope that some level of ethical responsibility would arise when deciding to skip the Paris Fashion Week slot (for the first time) and opt for Shanghai. It feels as if this move is an obvious cash grab by Louis Vuitton and a very distasteful one at that. A move that may mean Louis Vuitton has a target on their back. If they continue to push a strong China agenda. There is a fine line between a smart business move and flat out greed.

The collection itself was.... okay. The first half, comprised of safe styles, several suits, overcoats and trench coats, focusing on bold colour blocking and a slight play of the silhouette proportion. The later half morphed into a more interesting blend of prints that throw back to the op art inspiration.

The Idea of 'Zooooom with friends' shown in a youtube short commissioned from the black animation director Reggie Know. It featured cartoon characters playing music and dancing through the streets of Paris. Manifested itself on the runway in the form of plush characters that clung for dear life to many of the jackets and bags of the collection. A cute idea in theory, but one that was a direct rip off of Van Beirendonck integrated 3D dolls from the Woest collection from winter 2016-17.

That was not the only idea Abloh grabbed from the legendary Beirendonck. His asymmetrical emotive sunglasses were a direct comparison to the asymmetrical glasses from the Sun And Moon collection of Beirendonck from winter 2018-19 .

Van Beirendonck took to Instagram to slam the show, calling out the direct plagiarism and delivering some harsh criticism, but rightful deserved, to Virgil Abloh.

'Copying is timeless', responds Van Beirendonck. 'That is even normal. But not like this. I find it shocking that you dare to do something like that at that level, with those teams, those budgets and those possibilities. ' Van Beirendonck commented in Knack Weekend.

'It is very clear that Virgil Abloh is not a designer. He has no language, no vision. He cannot and that is painful. I do not understand that a house like Louis Vuitton is participating in this. A few seasons ago he copied pieces from Craig Green. We talked about that then. He was not well. In this case, it actually goes even further. All these years I have built up a signature with a lot of patience, something of mine, that’s me, and he takes that and makes a copy of it. You can reinterpret things, bring them in a different way. But the fact that it is so literally a copy makes it embarrassing and bland. ' he continued.

Virgil Abloh has a reputation for ripping off the work of others and claiming these acts as his own interpretation. Calling this dis-respect to others work as 'modern' interpretation. Adopting a 3% rule when criticised, stating that if a design altered by 3% it becomes something new and his.

In my eye that is complete bullshit. Plagiarism of this scale is a case of profiting from others hard work. Which is ironic considering the men plead equality in his work and creative ethos.

Van Beirendonck is a legend in menswear and was a pioneer in modern fashion long before Abloh came to fame and fortune.

What is worse is Louis V backing Abloh's choice with no comment on the issues. Then again this is a brand that chose to side with Trump back in 2019 (on what) and Abloh who donated a stingy $50 to the bail fund for arrested protesters (for what). I guess their actions speak volumes to the political stance of the organisation as a whole.

This feels like a case of a fashion house and Abloh chasing profits rather than questioning it's ethical when it needed to. This situation is not new in fashion. But given the tension across the globe and the strain we are all feeling. The Louis Vuitton Shanghai show feels like a slap in the face from a fashion powerhouse that should be offering support.