Exploring the real side of Hong Kong streets and fashion. It's raw, grungy and street style perfection. 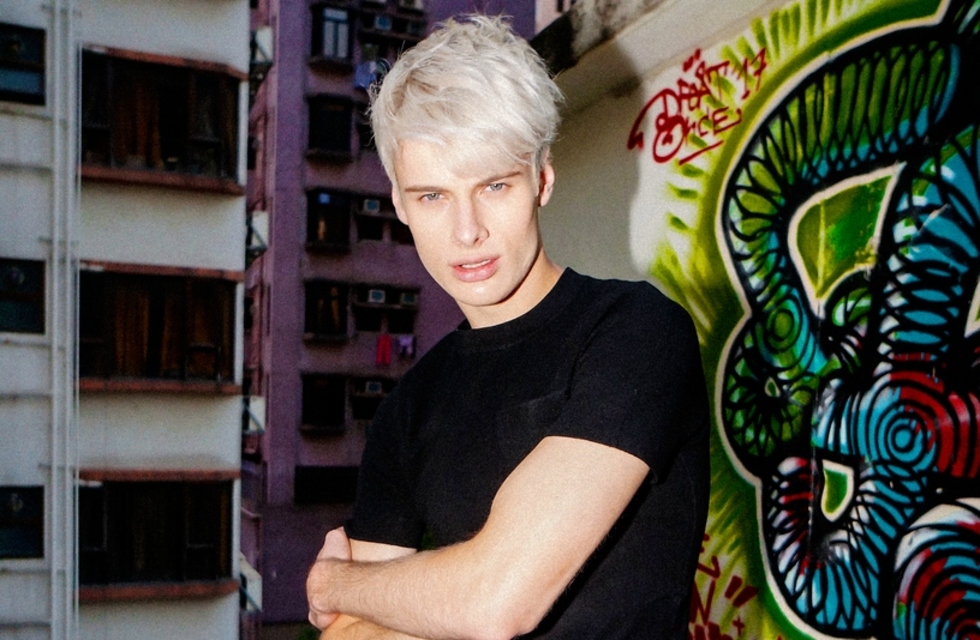 Hong  Kong: the western gateway to China. I definitely had a particular perception of what I was in for when I flew into Hong Kong landing over the South China Sea. Yes, when you fly into Hong Kong, the plane lands over the sea.

My expectation of HK was an intersection of the western and eastern world, grown from its Chinese roots and influenced by the western presence from British rule. While some of my strong assumptions were correct, there is certainly a western world stronghold in this amazing city. However, there is a lack of identification to its eastern roots, masked by the shiny new modern landscape of skyscrapers and luxury stores.

I felt wildly out of my depth in this city, often feeling completely lost in it’s steeply rising and very crowded streets. It’s far enough away from my western understanding that I felt like I was in a completely different world, yet I always felt comfortable in my surroundings.

You see the REAL Hong Kong when you leave the central city and venture into the surrounding suburbs. It’s hectic, crowded, rough, messy and congested; I loved every moment of it and you feel the real sense of urgency the city creates. The Chinese are an industrious lot, if there is a space available they will sell something in that space. It seems like the whole place is about to fall apart, but it just works in its own chaotic way. The real HK is grungy, messy and empowering in its ability to survive in an ever-changing landscape.

The fashion in Hong Kong is just as diverse. You certainly see the amazing luxury street style looks we all expect; however, the fashion style is generally modern and pared back with a hint of the high end.

When shooting the Noisin Hong Kong editorial, we wanted to capture the realistic side of the city, messy with a lot of styles and an industrious aesthetic. So we teamed up with local designers, Curtis Lee and Harrison Wong, who both capture the aesthetic of the industrial street style, by using heavy detailing in their designs, such as zippers, buttons and metal fastening.

We worked with the amazingly talented M H E R C K ' S, his work is raw and unapologetic. He lets the sex appeal of his subjects tell the story, no need for flashy equipment and post-production. Boundaries are out the window when it comes to his images, with a strong exploration of sexuality and the human body. When exploring his work you are transported to a sexual playground where you can be comfortable in your own skin and your own ideas of erotic experimentation. There is a strong sense of "we don't give a fuck" that shines through his whole body of work. Aesthetic wise he shows a young, sexy, raunchy, free side of young Hong Kong and we love every fucking moment of it.

Shooting an apartment rooftop, we caught the industries vibe with the element of chaos to reflect the true vibes of Hong Kong culture. Shooting the up and coming 'boy crush' model Vincent Pel. Who's charm and smile will burn the pants off any guy or gal.

SEE THE COMPLETE SHOOT BELOW