The latest sales trend to hit the runway, one that has gained a massive following from fashion giants to start up labels. Is it set to revolutionise the fashion world or another passing fad of the fashion scene? We get to the truth of 'SEE NOW BUY NOW'. 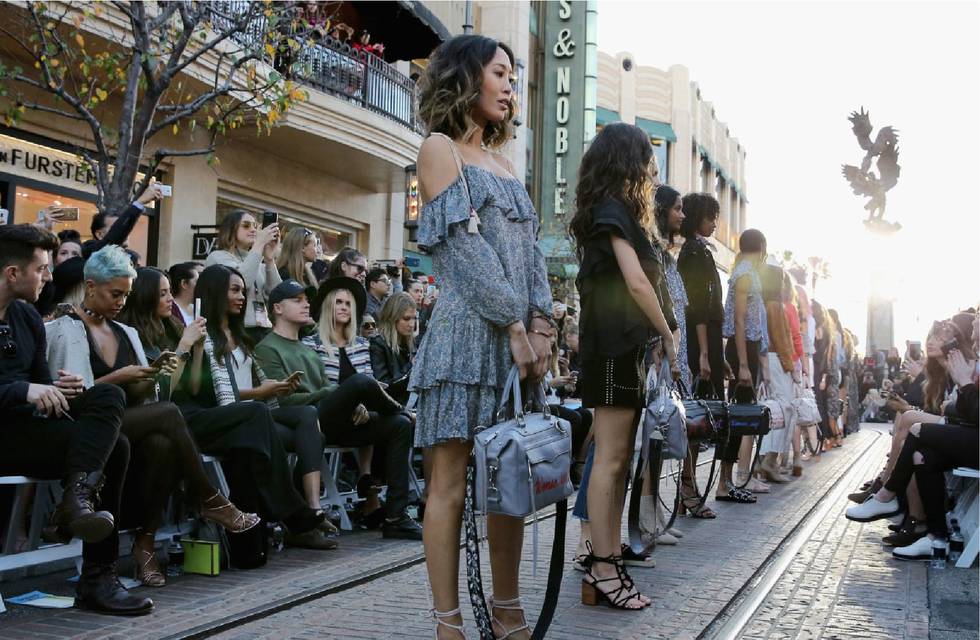 As many fashion brands take the plunge into the latest system revamp of ‘see now buy now’ and as 2017 draws to a close, the results of success are being tallied in the never-ending race to get customers to part with their hard earn cash. With mix results across the board the question that needs to be asked is ‘does see now – buy now system actually turn higher profits.'

If you're new to the game ‘see now – buy now’ is the latest sales and market trend to come to the fashion world. The basic equation for its success is a current season runway combined with readily available stock + presenting the show on an international scale and using the correct channels to allow customers to buy directly after the debut of the collection. Playing on the excitement generated by runway shows to spike interest in ‘now’  sales. Whereas traditionally fashion world gave a big middle finger to its customer and said stay claim and wait 6 months for your product. In short, The new system is answering the prayers of many luxury and premium consumers.

Big players jumped on this train early, including true fashion house like Tom Ford and Burberry followed by more commercial driven names Tommy Hilfiger, Ralph Lauren, Topshop unique and Rebecca Minkoff to name a few. September was the date where they had to put their money where their mouth was and hit some home runs in fashion weeks across the world. So, where did it work, where did it not and has it made any goddam difference.

The star of the show has to be Tommy Hilfiger x Gigi Habid at the south street seaport on the first day of New York fashion week. They pulled out all the stops, staging a full carnival around the runway show, pop up stalls surrounding the runway where customers were able to make an immediate purchase, offer competitive price point like sweaters for US$ 95. The figures proved it was a success with the majority of the collection selling out, with the remainder only offered in limited sizes. Tommy masterchiefed the fuck out of the see now buy now model, creating the perfect recipe for big dollars; a collaboration with a massive model/influencer that every girl wants to be, celebrate headliners in the front row, a block blaster event that was highly instagrammable, a well-merchandised collection that was live shopped. Tommy may have won this round, however, it feels as if he is testing the waters with a collaboration collection that was sure to be a sell out before jumping into with a full-scale assembly. The company also had to spend big to secure profits, we can only imagine the true cost of instant sales.

Rebecca Minkoff (images from the show seen as the opening image to the page) saw a 168 percent increase on last year's profits on the weekend of their new york fashion week runway. Staged on the streets outside their new york flagship store, and live streamed d

The system of see now buy now has played out well for the brands that target a younger tech-driven crowd and with products positioned with a competitive price point. For the true fashion collections were was not the same sell-out success.

Both Burberry and Ralph Lauren (RL) had items sell out in the weeks following the show, including a cashmere sweater, a cashmere top and a bowling shirt for Burberry, while RL showed sell-out success with statement items Houston suede coat and Quincey tailored jacket. Topshop unique also kicked sell out figures with selected stock.

The model works for a female demographic that often shop for trend and style, for the men in the fashion world it’s a slightly different store. Hence why we saw fewer menswear showings under the same platform.

One brave mortal that did step into the 'space' was Tom Ford, showing a men's and womenswear collection in new york fashion week for the first time in 6 years. The show was an event of events, as always, the next day the stock rolled out into the Tom Ford stores and it’s wholesalers Neiman and Bergdorf. A seamless transition that relied on industry to stay true to confidentiality.

It’s still hard to tell if the platform is making massive waves in profit margins, the success may be felt by the brands immediately but the sale rush lags for third-party businesses, like online stores and wholesalers. Labels that are benefiting from the shift have made the recipe for success, a trans-seasonal collection, easy for the customer to purchase in the now, a strong focus on social feeds and a blowout show. The see now buys now the platform is designed for contemporary brands, and while true fashion house did not experience the same total sell out again, it is worth pointing out they were delivering in-season products to their customer when the idea was realized securing their influence on the season. leaving their competitors in the dust.

The 'see now buy now' platform is a step forward for the fashion industry that is stuck on twenty-century practices. Is it a step in the right direction is still up for debate. The platform could create a logistical nightmare and there is a lot of room for error using this model compared to the traditional cycle. The industry is still in a divide between the old and the new which will leave customers a bit confused when it comes to shopping the latest threads. But hell, we are told to live in the now so why shouldn't fashion world do the same.