In the mirror - Body image issues affect men too

In collaboration with Chelsea Bonner and Jason Williamson, Noisin.com is discussing the lack of visibility on Negative Body Image Issues among men and how the media is perpetuating these ideas. 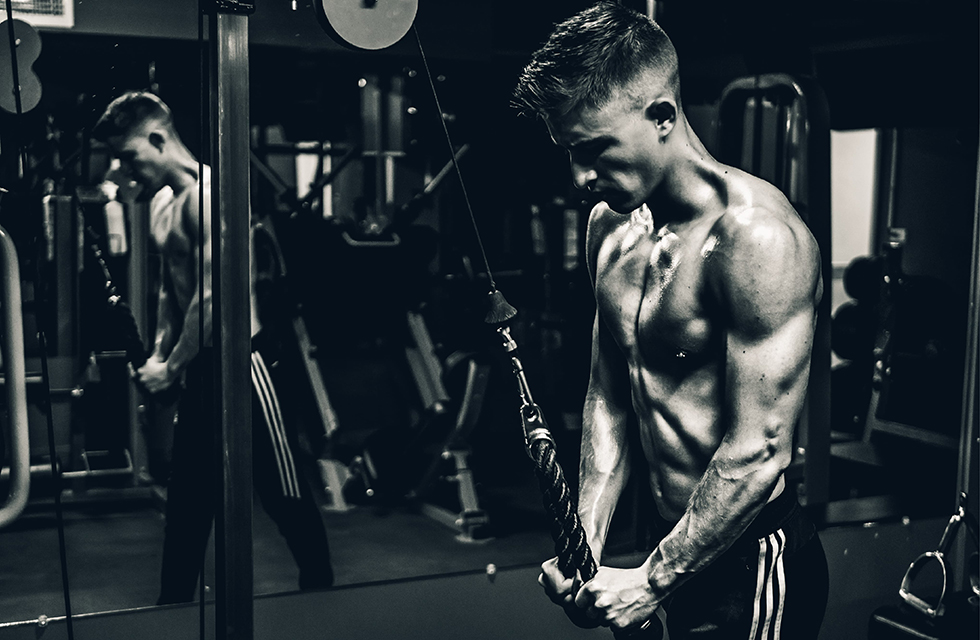 In collaboration with Chelsea Bonner from Bella Management and author of Body Image Warrior and Jason Williamson from Jason Williamson Management, Noisin.com is discussing the lack of visibility on Negative Body Image Issues among men and how the media is perpetuating these ideas. In a three-part article series, we tackle the issue head-on, to learn why the issue is on the rise, what are the facts governing the problem, the personal perspective from industry insiders and how conversations can change the issue. In part one of the series, we open the discussion on what is really going on behind the gym selfies and ripped biceps to discover the facts on the issue at hand.

For what is generally considered a ‘female problem’, this issue is firstly encroaching epidemic proportions among men. Myths, misconception and pure naivety have lead to ‘negative body image issues’ for men flying under the radar. Among western cultures, it’s fastly approaching the pandemic proportions of its female counterpart. The difference between the two is that female body image issues are largely documented and discussed in the wider media. While the very same affairs that affect men are left in the dark, leading to a severe lack of visibility and creating a social stigma for males seeking help. This stigma prevents many men from committing to challenging their ideas of a healthy body image. We need inclusivity in all gender shame conversation and A Seat The Table for both gender on all issues.

While the definition of body image is the same among men and women, the manifestation of negative body image ideals is clearly different and strangely connected to misogynistic views of gender identity.  In a Mic article Claire Mysko, a program director for the NEDA's, commented "women are almost universally encouraged to be as thin as possible, men are encouraged to have six-pack abs and a T-shaped chest, while espousing the misconception that this standard is easy for men to achieve and men can easily 'get buff' if they want to".

This ideal is driven home by advertising, the entertainment industry, and of course, social media. I personally have felt the pressures first hand to dash to the gym after a plunge into the Instagram feed. The constant comparison that penetrates our daily lives can leave little room for self-worth when you are met with unrealistic body standards at every click, swipe, like or interaction online. The level of permeation into our existence has definitely upped the pressure to chase perfection in its many forms. One of Social Media's negative side effects is our ability to only expose our perfect airbrushed existence, never allow our selfies to be seen as imperfect and a work in progress. Our edited online depiction combined with advertising’s picture perfect models, fed to everyone on a constant loop can create a personal prison.

It seems that men are no longer safe from the commercialized view of the human body, a view that is positioned to rip down our self-esteem, keeping consumers in a constant cycle of dieting and exercising. “The diet and weight loss industry is worth around $554 Billion dollars a year right now and they have no interest in letting you feel good about yourself. You need to make a personal choice not to buy into that constant drip feed of fear they peddle every day to sell you protein bars and muscle building crap.” Chelsea Bonner commented in her piece written for Noisin.com.

Chelsea has experienced firsthand the effects that ‘negative body image messaging’ can have on the individual. She is the daughter of the famous Australian model Nola Clark and well-known actor Tony Bonner. She was born into the Australian entertainment industry and later formed a high success career as an agent in the 90's before launching Bella management, an agency leading the charge on changing the face of fashion by introducing the industry to a more holistic and healthy approach to model representation. So she knows a thing or two about the inner workings of the industry designed to keep you ashamed of your image. Beyond her professional experience, she has seen this issue manifest in her personal life, "I watched helplessly when my ex-husband burst into tears of shame not wanting to go to the beach with friends because of his size at the time. I see one of my very best friends run himself into the ground with exercise and obsess over food to maintain his slim body, absolutely terrified of any fat on his frame. It’s hard to watch, it hurts your heart, and we have to change it."

The fashion industry has had a rich history of distorting the human form on its runways and advertising campaigns. They have promoted an unhealthy representation of beauty for decades by promoting models that are clearly battling with anorexia and forcing models to maintain an unrealistic standard. With the rise of menswear as a billion dollar sector of the industry in last few decades, men are now in the firing line. Welcome to the party gents.

While the stories of men struggling with these ideals are heartbreaking, what really dispels the myth around this issues are the hard facts on how this issue is affecting the mental health of millions of men.

Dr. Phillippa Diedrichs who conducted the University of the West of England study said "These findings tell us that men are concerned about body image, just like women. We knew that 'body talk' affected women and young people and now we know that it affects men too."

While this issue has persisted more commonly for women and is obviously driven by masochistic views of the female form, the danger that the same issue arises for men is the lack of representation and conversation. The women's rights movement has led to people feeling empowered by conversations of change, while a portion of the male population is left to deal with; never measuring up to an unrealistic standard and shamed as weak if they open-up the conversation themselves. Men are going to extreme measures to build and maintain the perfect body. This is where the real damage is done , young boys and men alike are going to the extremes of injecting unprescribed steroids to build muscle. Men chasing extremes when they hit the gym and follow strict dieting plans can cause lasting effects on their overall health. Read the business insiders article that deep dives into the dangers of over exercising here. Beyond the physical health issues, the reality that men chasing the perfect body is an unrealistic one and this extreme should be seen as a mental health issue, not campaigned by gym buddies and their lovers. The lack of resources available to men can lead to people taking extremes measures without realizing they have a serious mental health issue. It’s this silence that needs to be broken. We have done an excellent job of documenting how these negative ideas affect women and have pushed for change from the media and brands. However, the same representation is not exclusively associated with male body image issues and men are less likely to openly talk about their mental health struggles. The social conversation on this issue needs to develop to include men as well.

“After popping a fit ball at a gym a few years ago, which left me absolutely horrified at the time, I found the motivation to commit to shedding a few kilos and getting fit. But when I started looking at options I remember being shocked at how extreme it had all gotten,” said Jason Williamson owner of Jason Williamson Management said in his piece he wrote for Noision.com. He continue, “It seemed to all be about supplements, food challenges that bordered on starvation, extreme workout challenges or showing off your naked body. I didn’t want to show off my naked body. I just didn’t want to pop a fit ball.” Jason has had first hand experience managing managing unrealistic standards, by managing big names in entertainment industry, in the likes of Casey Donovan and Hayley Hasselhoff.

All myths aside this is a rising issue among men and one that is met with little pushback. A macular guy is not served the same amount of shock as a thin model because the final result of the extremes is campaigned as powerful. Next week we explore the perspective of Chelsea Bonner, a powerful woman who understands the inner working of the ‘Negative Body Image ideals’.

This is a conversation for change not of blame. A conversation on exposure. If you feel you need help or know someone who does, please reach out to the respective self-help lines through Body Image Movement to find your local helpline.

In the mirror - Body image issues affect men too