So gents it's 2019 and it's about time you jumped on the boat of gender pronouns and sexual orientation terminology. Learn the basics here so your not that guy with out the knowledge. 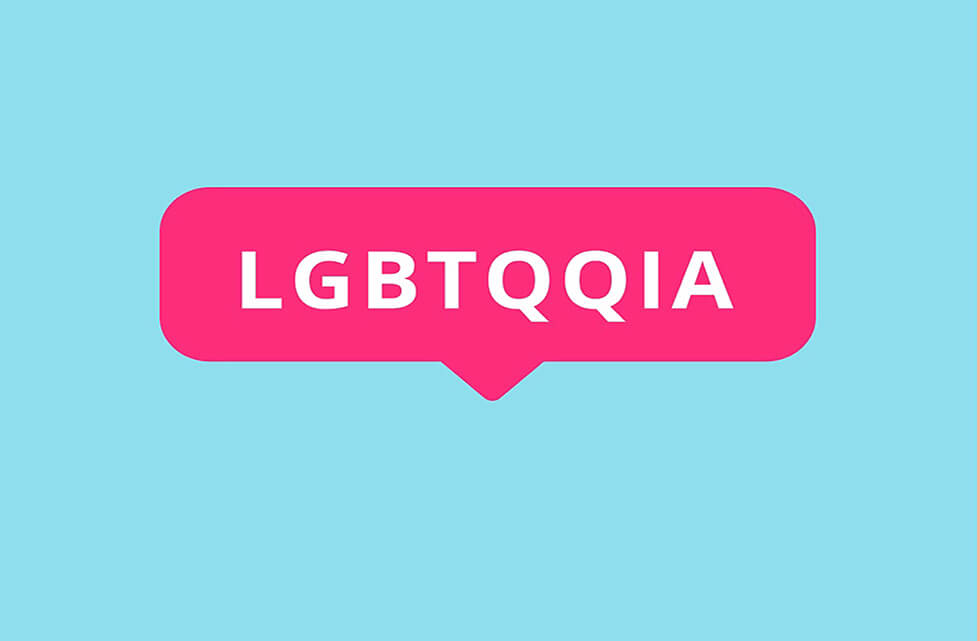 So gents it's 2019 and it's about time you jumped on the boat of gender pronouns and sexual orientation terminology. If you have never had the conversation with a person about sexual preference and gender terminology, then you have definitely been wrong and most likely offended someone along the way. Not to stress, no one is perfect, we all have made mistakes when we discuss personal identity markers. ‍

However, 2019 is the year you’ll learn how to have these conversations, as this topic is not a passing fad, but in 2019 a distinct change in our cultural conversation when we talk about personal identification. People should always have the freedom to express their personal identity and feel safe asking the community around them to respect their wishes. Sadly, these are not commonplace in western culture, but let’s hope that a simple article can make a small difference in educating everyone about the topic. To educate yourself with pop worthy graphics head over to Gay Glossary to see more, our images are sourced from this amazing project.

Let's dive in and get messy with the issue, time to get real close and personal with sexual orientation and personal identification.

I’ll start with the basics; in the topic of differentiation, starting with sexual preference and sexual orientation. That’s RIGHT, these two terms are not interchangeable and while they may be thrown around less in casual conversation, there is a distinct difference. Sexual Orientation is your primal emotional, romantic or sexual attraction to other people; you don't have control over your orientation. While sexual preference is the conscious choice you make as an individual towards your sexual relations and attractions. Yes, that’s right, you have a choice to listen to your own mind and do something different. For example, a person who identifies as Cis male may have a sexual orientation towards both men and women, but at the current time has a sexual preference for women.

Okay, moving on. Your sexual orientation explains the type of person you're attracted to, but who are you as a person? Your identity is yours and yours alone, so your gender identity is your innermost concept of self, it is the chemistry that composes you and how you interpret what that means. Whether you identify as male, female, or somewhere on the spectrum between the two gender markers, this spectrum is called genderqueer. Genderqueer encompasses a whole movement of gender fluid and non-conforming aspects.

Now this topic can be a little confusing for people who are new to the party when discussing gender identity. Gender pronouns are introduced, this refers to the pronouns a person prefers. See what happened there, I used a Gender Neutral / Gender Inclusive Pronoun, a pronoun which does not associate a gender with the individual. In contrast to Him or Her, this would imply that the referred to individual identifies purely as male or female. This is often not the case and may be offensive to the person in question. Let's break down more gender-neutral pronouns below.

They/them/theirs - This is a pretty common gender-neutral pronoun and it can be used in the singular.

Just my name please! - Some people prefer not to use pronouns at all, using their name as a pronoun instead.

Now you understand yourself and your personal attractions, but how do you express yourself is the next question. This is your gender expression and is very closely tied to traditional gender roles. Gender expression is the basis on how you express your external self through your actions, behavior, speech, dress, and style. There is another spectrum here positioned between masculine and feminine qualities and places people in an androgynous spectrum. People can express their identity outside of the realm of their assigned gender, I know that may blow your mind but a man can wear a dress and be gender non conforming in his expression. Like I mentioned the complexities of this topic are very closely tied to the western world understanding of gender expression standards and realistically the standards should be fucked with. How you express yourself is all about your story in life and who you are.

Transgender is a hot topic across the globe right now, for better or worse the Transgender community is gaining more mainstream exposure than ever before. With the likes of Caitlyn Jenner, Laverne Cox and Chaz bono we are opening up and being enlightened as to the realities of transgender people. So, if you still don't understand let Dr Michele Angello explain. "transgender is a term resigned for folks who feel strongly aligned with one binary gender or the other. They feel trapped in a body that expressly defies the gender they know themselves to be in their minds." Now transgender is not to be mistaken as a form of genderqueer, as genderqueer people feel they play in the realm between gender norms encompassing both female and male attributes in their identity and expression. These people are flexible and feel comfortable playing with gender standards. Some may even do away with gender altogether and identify as gender nonconforming. See the difference.

The most important aspect of this topic is to remember to communicate without judgment and connect with people on a personal level. If you unsure about how a person identifies or expresses, simply ask the question and be open to the answer. Generally speaking, the male community is more subjectively judgmental when discussing gender outside of traditional gender roles. One connected conversation can make a huge difference and you may even learn something about yourself. For a deep dive into all the terms in the LGBTQQIA spectrum head over to Refinery 29 for a full brake down.