Nikkietutorials coming out video is the energy we all need in 2020.

Nikkietutorials 'I'm Coming Out' video was a beautiful state to 2020 and held a powerful message for all. 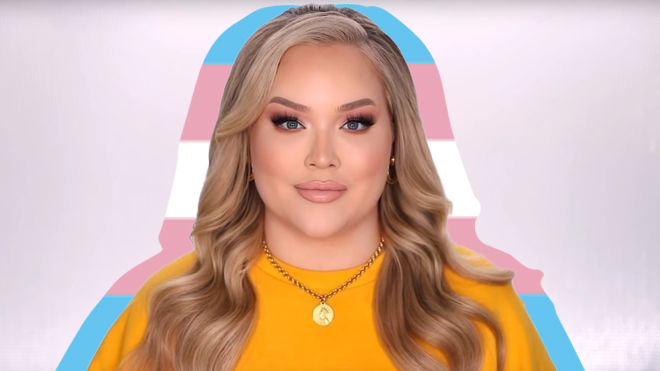 If you're not a regular in the Youtube world, then you may not know the name Nikkietutorials (actual name Nikkie de Jager). She is a MASSIVE beauty guru and influencer with a whopping 1.1 billion views and 12.9 million followers. She hails from the Netherlands but has a massive influence in the US and worldwide.

Beyond how fantastic achievements throughout her career, she is also known for being the darling of the, at times, very vicious, beauty world. Presenting an incredibly high energy and bubbly persona online.

So when it came to her latest video, 'I'm Coming Out." dropped on the 14th of Jan 2020. The internet lost its collective mind. When I clicked on the video, fully expecting the title to be clickbait, or at the most, her coming out as bisexual, which seems misplaced considering she is currently engaged to Dylan Drossaers.

However, the video took a turn that took everyone by surprise everyone when she came out as a transgender woman. I'm impressed she has managed to keep it under wraps this long, considering her sizable following.

Throughout the video, she explained her transgender journey and explained she transitioned while rising to internet stardom through her late teens. She stated the reason why she has never revealed this side of her life was because she wanted her artistry and talent to be the force behind her success minus any labels and the standard that follow suit. Honestly, we can all stand for that. There are far too many people who exploit sexual orientation, attraction, and gender identity for gain on social media.

But the real moment of brilliance, and the reason we are discussing this beloved internet star, was the reason why she has come forward at this time, she revealed she was blackmailed by a party threatening a leak to the press about her sexual status.

"Today, I am taking back my own power, I've been wanting to share this side of myself to all of you for so long, but I could never figure out the timing. And there always was going to be the day where I would tell you. I did not expect this day to be today, but here we are." de Jager said.

After revealing she was being blackmailed, she followed.

"And I know you are watching this. They said they wanted to leak it because I'm lying or that I don't want to tell my truth or because they feel like I'm too scared for people to know who I truly am. I'm not scared."

"So to the people who tried to blackmail me" Nikki continued. "This one's for you, I hope you can sit nice on it" she stated while holding up the middle finger (with a stunning manicure might I add), and I think everyone broke into applause at that moment.

THIS IS THE ENERGY, we all need to bring into 2020. Living as our real selves, giving the middle finger to any haters in our life and owning our truth. Whatever that may be.

While the thought of people blackmailing Nikki with the threat of unveiling incredibly personal information is disgusting. The power that Nikki showed, out ruled the negativity, she ultimately denied any power the blackmailers held over her with the ultimate power move. Sadly, Nikki was not able to share this story sooner, and I believe this says a lot about how much more change we required in the transgender space. Not only to high light the difficulties these individuals face but also to empower them with a narrative that transcends the discriminative cultural view of this resilient community.

This brings me to her fiance, Dylan Drossaer noted as being incredibly supportive of Nikki's journey, despite only discovering her story recently.

This man deserves a massive round of applause as well. For him to navigate this discussion and information while holding the same love for the woman he knows, is a perfect representation of how men can navigate these discussions. With love and compassion, listening, and understanding the perspective of the other. Dylan, we stand for you.

It goes without saying, this amazing woman is still cherished and will continue to receive love worldwide. The fact that she can stand in her truth and own it makes her that much more of a badass bitch. We stand for you, Nikkietutorials, you beautiful soul.

Nikkietutorials coming out video is the energy we all need in 2020.