The thing we all need from Scott Morrison.

The most significant black mark towards Morison's reputation has come in the form of an incredibly tense interview on ABC's 7:30 report, leed by host Michael Rowland. 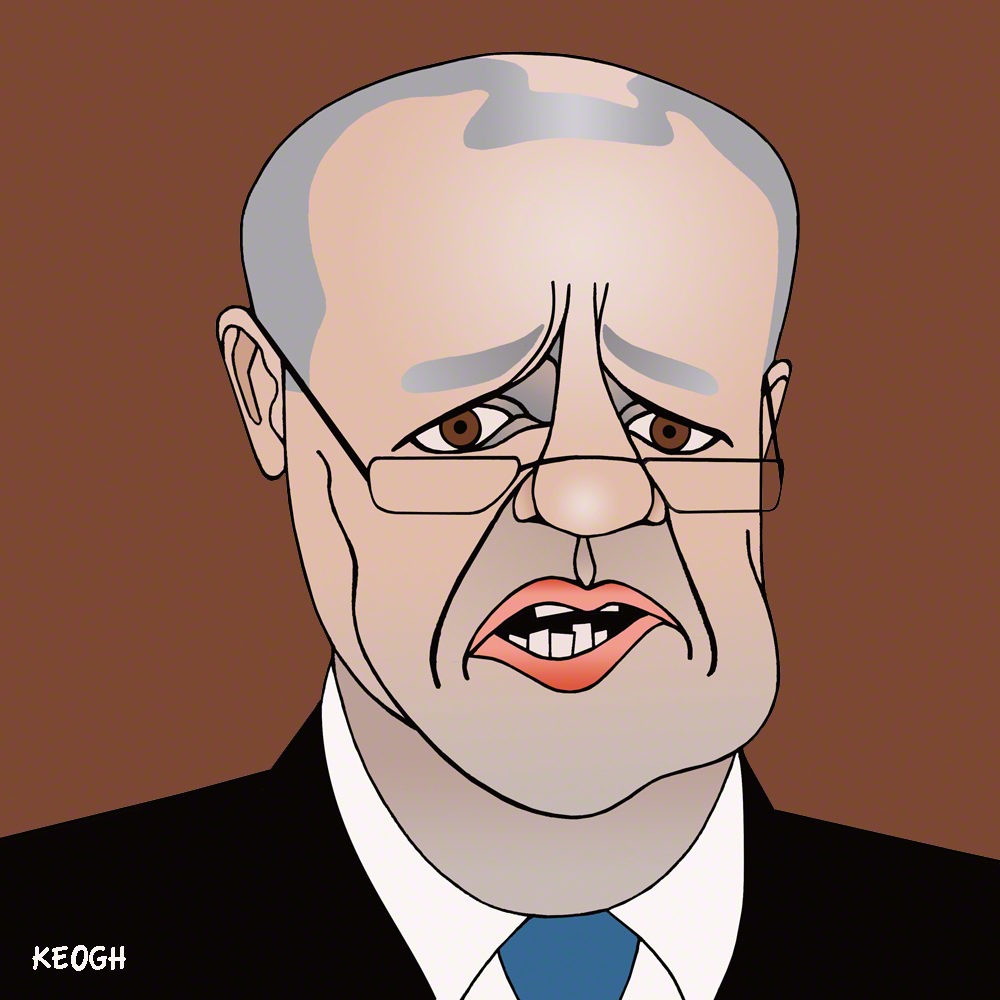 ‍Whether you support liberal, labor, greens, or impartial to any government party, I think we can all agree that Scott Morison has made some colossal fuck ups throughout the Australian bush fire crisis.

From the disrespectful treatment of traumatized residence in Cobargo to the untimely release of a cheerful social media campaign promoting the actions the federal government is executing, despite showing up very late to the situation. Or ScoMo's comments on the survival rate of people on kangaroo island, disregarding the deaths of two people.

Beyond all the media turmoil, miscommunication between state and federal government, seemingly hindering fire fighting and rescue operations. The most significant black mark towards Morison's reputation has come in the form of an incredibly tense interview on ABC's 7:30 report, leed by host Michael Rowland.

The interview covered the events of recent weeks, and Rowland was eager to uncover the prime minister's stance on the negative press he has received. Rowland commented on Morrison seemingly forgetting two people had died on Kangaroo Island, the firefighter who refused to shake his hand, and the members of the public who heckled him in the NSW town of Cobargo.

We had not yet received direct comment from the prime minister on these less than desirable actions. A perfect opportunity was open for the so-called marketing master to truly recover from his pour judgment and downright deplorable social actions.

However, in a typical political fashion, Morrison went on the defense and diverted blame at every opportunity.

Commenting on seemingly forgetting two people had died on Kangaroo Island, "No that's not true, I was referring to lost volunteer firefighters when I made that remark on Kangaroo Island and that was pointed out to the ABC," said Morrison.
"I'm disappointed that you'd raise that in that way." he continued.

Regardless of what group the prime minister was referring to, any commentary on the loss of human life should only deliver condolences for the people who have passed and the loved ones they have left behind.

Morrison continued to dig himself deeper into a hole. Acting as if his leadership has been wholly innocent and void of any blame for the current circumstances our country is facing.

He continued to comment about the response from locals affected by the fires, "There's a variety of responses you get in these events – people are very emotionally raw, people have lost everything and I obviously don't take that personally."

No one was asking him to take it 'personally', all we needed was for Morrison to listen, not be boldly confident in the face of trauma that he did not experience, and to face the issue, rather than turn his back on people and walk away. He is the leader of the fucking country and has to expect criticism in real-life situations, and I would hope he has the social skills to navigate them with respect. But clearly, he does not.

Throughout the interview, the truth of his personality and political position came all too apparent. His approach lacks any humility for the Australian people. As a leader of the country, Australians will expect Morrison to lead but also greave with us, show an ounce of vulnerability in the fact that the country, the one he's meant to love, is burning.

The only right outcome from the 7:30 interview was for Scott Morison to show empathy and apologise. Regardless if he is in the wrong personally or the actions of his profile have been a team contribution. We needed a leader at that moment, one that can admit wrongdoings and commit to solutions.

He is wondering why all the good the federal government is executing has fallen on death ears, well, Mr. Morrison it's because of your complete inability to show vulnerability and take ownership. If you cant simply apologize and be with your people, your great strives to create solutions and continued support throughout the bush fire season will fall on death ears. The majority of the public can't see past your ignorant position on how you have handled the crisis.

Don't be fooled by the positive spin the liberal party is desperately trying to push. Morrison's position is completely political, and his actions are taken for his own gain; proven in the ABC 7:30 interview with Morrison actively deciding to incriminate the Australian people, state governments, and the people who are taking action on the ground. All because he was unable to put down his pride and act as a true leader.

There is still a long stretch to the end of the fire season in Australia, and the country needs help.

Below are links to charity organization to donate to if you can. Thank you.

• Australian Red Cross Disaster Response and Recovery Fund: More than $31 million since New Year’s Eve including $13.3 million in the donation drive from the ABC fireworks coverage involving the City of Sydney

• Bendigo Bank Bushfire Disaster Appeal endorsed by the Victorian government which added $2 million on January 5, with the option to donate to national or state/territory-based appeals

• A GoFundMe to rebuild the Bargo Dingo Sanctuary in NSW: $20,900 and counting

• The Queensland government contributed $100,000 back in September when bushfires tore through the state including $25,000 each to Red Cross, Lifeline, Salvation Army and Vinnies

The thing we all need from Scott Morrison.